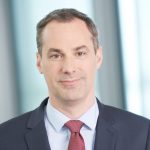 Cedrik Neike was appointed to the Managing Board of Siemens AG in April 2017. In addition to serving in this capacity, Neike became CEO of the Operating Company Smart Infrastructure as of April 1, 2019, when he also assumed responsibility for Siemens India Ltd.

In his former position he was responsible for the Energy Management Division as well as for the Region Asia and Australia.

Following vocational training at Siemens, Cedrik Neike studied engineering and business finance at University College London and at the London School of Economics, earning his bachelor’s degree. Returning to Siemens, he began his professional career as Product Line Manager in the wireless Internet business. After a further academic leave during which he received an MBA at INSEAD Business School in France, he moved to Cisco Systems Germany in 2001 as Market Development Manager and, in 2004, took over as Director of various activities in research and development at Cisco Systems USA. He returned to Germany in 2008 and served at Cisco Systems as Senior Vice President Global Service Provider, Sales for Europe, the Middle East, Africa as well as for Russia and the Asia/Pacific/Japan region.