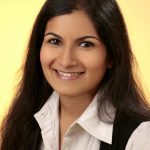 Dr. Maliha Shah graduated from the University of Pennsylvania, USA, with her Bachelor‘s in Neuroscience and Cognitive Science (with Distinctions) & Master‘s in Biotechnology. She worked for a year in R & D in the field of diagnostics, at SRL Clinical Reference Laboratories in Mumbai, and simultaneously obtained a post graduate diploma in Clinical Research from the Institute of Clinical Research India (ICRI). She then moved to Germany for her PhD in Parkinson’s disease at the Max-Delbrück-Centrum in Berlin, and upon completion of the project, immediately entered science- management where she was in charge of an Indo-German International PhD Program, developing ties with the Indian Embassy. Thereafter, she took on the role of post-doctoral researcher at a neuroradioimaging company also in Berlin (Piramal Imaging GmbH), where she spearheaded a R & D project focusing on Alzheimer’s disease, before defending her PhD with summa cum laude. At present, she is Head of Department – Science at a company which provides telemedicine systems for Parkinson‘s patients, Alpha-Telemed AG, Berlin (aTM). aTM-India, the daughter company, scheduled for a pilot-launch in India, is Maliha’s brainchild. All in all, she has 16 years of scientific experience, comprising 3 publications & contribution towards 2 patents, attendance at over 35 conferences & trade-fairs, more than 15 talks held in 6 nations in 4 languages, and a homebase on 3 continents. Aside from science, she speaks 8 languages, has travelled to 45 countries, has participated in over 100 races (running and/or swimming) and is President of the Penn Alumni Club of Germany.