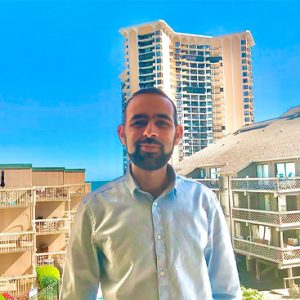 Omar is a Medical Doctor from Rabat, Morocco. Throughout his medical studies, he was involved in several student organizations, including the International Federation of Medical Students’ Associations (IFMSA) of which he was International President in 2016/17. During that time, he worked closely with medical students from around the world, UN agencies and other international organizations on multiple global health issues, and that sparked his interest in Public Health. He then pursued this interest by completing a Masters in Public Health at the prestigious Johns Hopkins University in the US. He joined AMBOSS in 2017 and established and led their international department. He now leads the AMBOSS Global Health Initiative, a not-for-profit initiative which aims to bring medical education and medical information to Low- and Middle-Income Countries (LMICs).